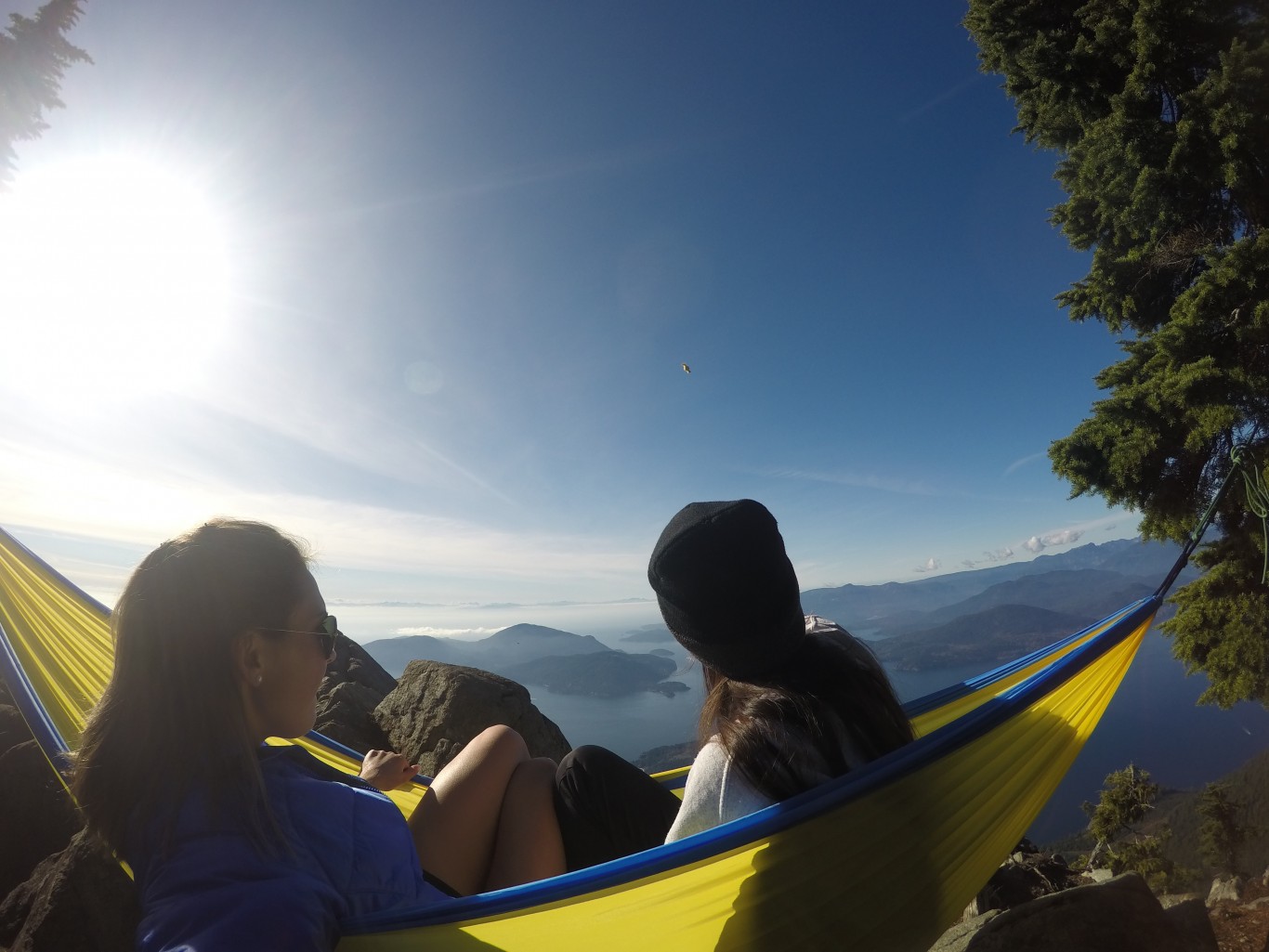 The Discovery Islands
“‘The Discovery Islands are everything you imagine the west coast of Canada to be: endless ocean, lush fragrant forests, driftwood-strewn beaches, and ever changing sunset colors with majestic mountains as their backdrop.’” Read more

Aerial view of the harbour on Quadra Island, one of BC’s Discovery Islands. Photo: Russ Heinl

Thompson Okanagan region
“A day in British Columbia’s Thompson Okanagan region could begin in Canada’s only true desert, include visiting a waterfall higher than Niagara (463-foot Helmcken Falls) or hiking in the planet’s only inland temperate rain forest, and end with moonlit views of Mount Robson, the highest peak in the Canadian Rockies.” Read more

View of Okanagan Lake and the vineyards near Naramata, in the Thompson Okanagan region. Photo: Don Weixl

Vancouver
“Here you can snowboard, kayak, and play beach volleyball all within the same day, then head to a chic restaurant to dine on sustainable seafood dishes paired with a top-notch local bottle of wine.” Read more

Victoria
“This small Vancouver Island town punches way above its weight thanks to its status as British Columbia’s capital and its location perched on the ocean. Its streets are dotted with locally owned cafés and restaurants, bohemian shops, and about a dozen craft breweries.” Read more

The Victoria Harbour, with the Fairmont Empress Hotel in the background. Photo: James O’Mara

Heli-hiking in the Bugaboos
“Being deposited by helicopter in the wild for a far-off hike may sound extreme, but those who undertake the adventure do it for the payoff: mile after mile of remote mountain spots absent trails, other hikers, or any sign of civilization.” Read more

Heli-hiking in the Bugaboos, in eastern BC. Photo: Albert Normandin

Gulf & Bowen Islands
“”If you were dropped by helicopter into the Gulf Islands, you’d never think you were in Canada,” says Jesse Keefer, a longtime Galiano Island resident. “I have fig trees, grapes, kiwi fruit, and alligator lizards on my property, and we’re surrounded by manzanita bushes that look like they belong in a much warmer place.”” Read more

Haida Gwaii
“Known as the Canadian Galápagos for its endemic wildlife, including the ubiquitous Sitka deer visible along the islands’ only main road, this 155-mile-long, torch-shaped archipelago hangs underneath the Alaska panhandle, over 90 nautical miles off British Columbia’s North Coast. ”Read more

This site uses Akismet to reduce spam. Learn how your comment data is processed.

This error message is only visible to WordPress admins

Make sure this account has posts available on instagram.com.